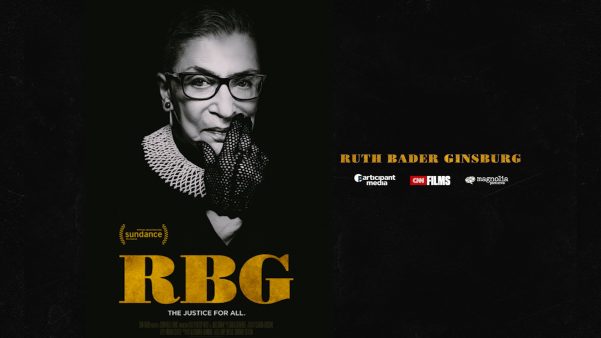 RBG is the documentary film that takes an up close look at the exceptional life and career of U.S. Supreme Court Justice Ruth Bader Ginsburg, who has developed a breathtaking legal legacy while becoming an unexpected pop culture icon.

When you buy a ticket HERE for RBG or other future documentaries in this series, 10% of the ticket sales will go to a charity that was solely selected by Magnolia Pictures, and 50% of the remaining proceeds will go directly to the theater.

Upcoming documentary titles in the series start on the following dates: