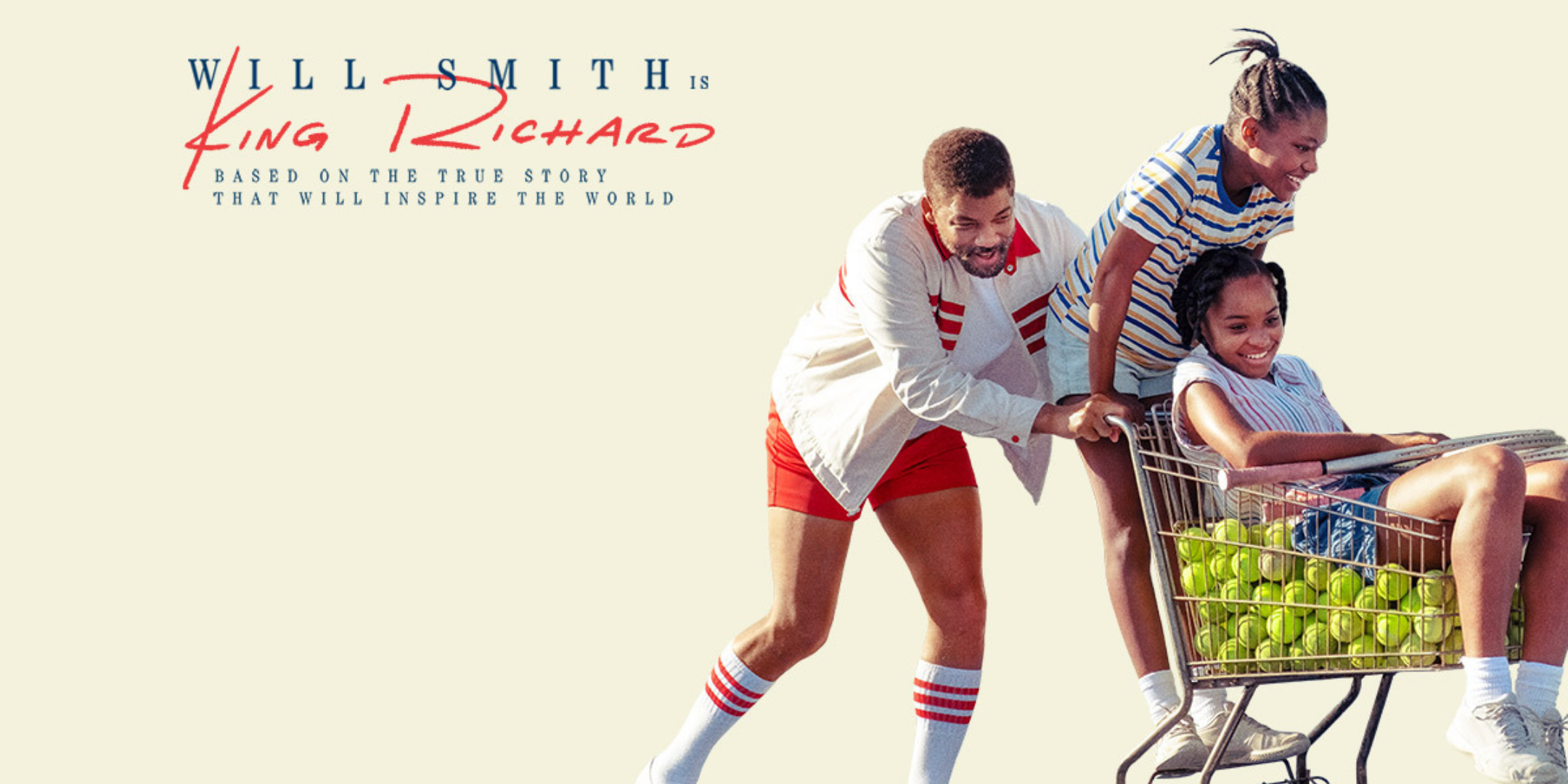 A look at how tennis superstars Venus and Serena Williams became who they are after the coaching from their father Richard Williams. Two-time Oscar nominee Will Smith (ALI, THE PURSUIT OF HAPPYNESS) stars as Richard, under the direction of Reinaldo Marcus Green (MONSTERS AND MEN). Nominated for six Oscars, including Best Actor and Best Picture. Film is Rated PG-13.