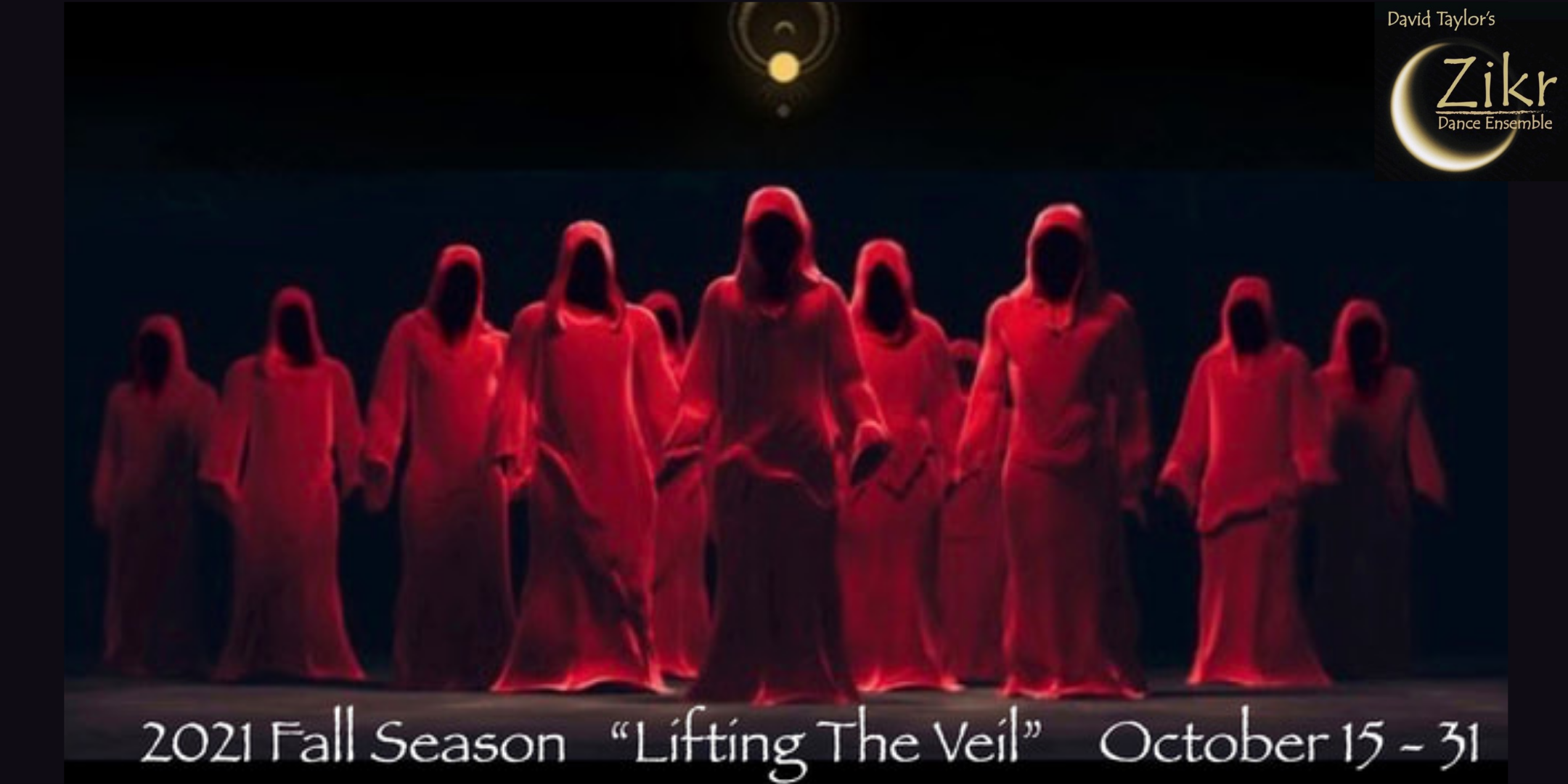 The Zikr Dance Ensemble’s 2021 Fall Season is entitled “Lifting the Veil” and will feature a new work, likewise titled, by Zikr Artistic Director David Taylor. “Lifting the Veil” explores the hidden forces that have been directing and assisting mankind behind the scenes for centuries and which now are being revealed for the first time in our current age. The work features breathtaking film projections and digital graphic effects created by cutting-edge visual artist Travis Powell from Deep Space Drive-In and a stunning set design by internationally acclaimed visual artist George Peters. Also on the program will be the critically acclaimed “Runes”, and “Oracle”, both hailed as a masterpieces, with “Oracle” featuring a new set by noted Denver designer Jeff Rusnak. ​

The Zikr Dance Ensemble is Denver’s most unique contemporary ballet company, featuring an international roster of world class dance artists and mesmerizing choreography by Artistic Director and Denver dance icon David Taylor. Critics have hailed Zikr productions as being “…cloaked in palpable mystique, international flair, and raw edge” and ….“with a strong foundation in both ballet and modern dance and an inspirational calling to pull from ancient traditions. Zikr’s performances are beautiful, artistic and not to be missed.”

Tickets are $25 for adults, $15 for children 12 & under available at the box office and online here.