Friends of the SteamPlant Dedication 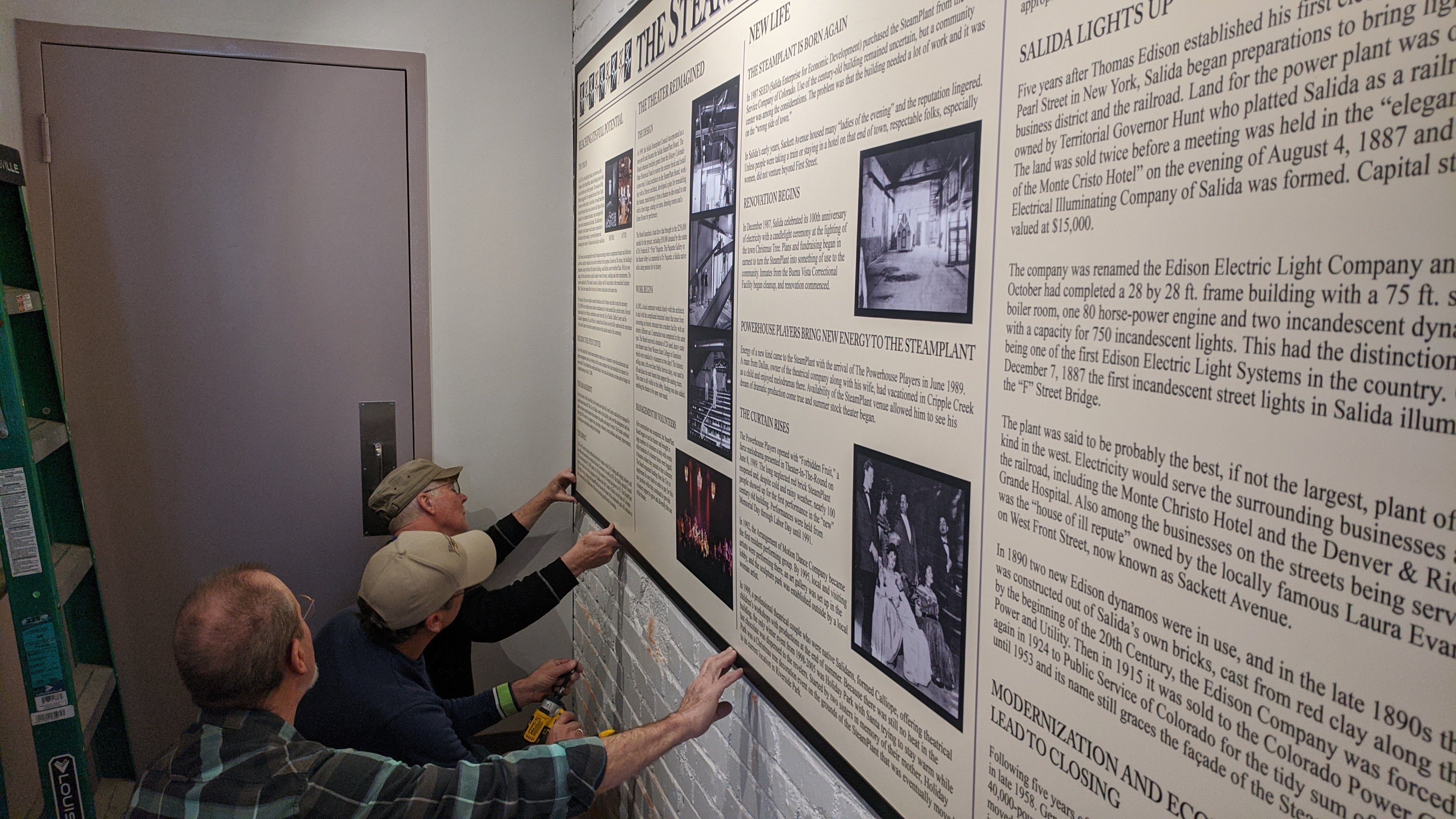 The Friends of the SteamPlant invite the community to the dedication of a permanent history exhibit in the lobby of the SteamPlant Theater titled “The SteamPlant Story”.  The dedication held at 5:00 pm on January 3rd in the theater lobby will be followed by a reception with refreshments.  The historical panel display will be the last contribution made to the facility by the Friends of the SteamPlant, a non-profit organization that has played a central role in the development and early operation of the Salida SteamPlant Event Center.  The Friends believe this display is particularly important for those who are new to the community to get a sense of the incredible effort it took to make the SteamPlant Event Center what it is today.  The display tells the story of the facility’s colorful history from its beginning in 1887 as a power plant.

The Board of Directors would like to thank the community and the countless volunteers over the many years who have given of their time and financial contributions to make the SteamPlant what it is today.  We would also like to thank the City of Salida and the staff of the SteamPlant for their great job operating the facility, making it the cultural heart of our City.  We look forward to its continued success in that important role, and although the Friends Board is disbanding as of December 31st having completed its mission, we as individual community members will continue to support its success in other ways.