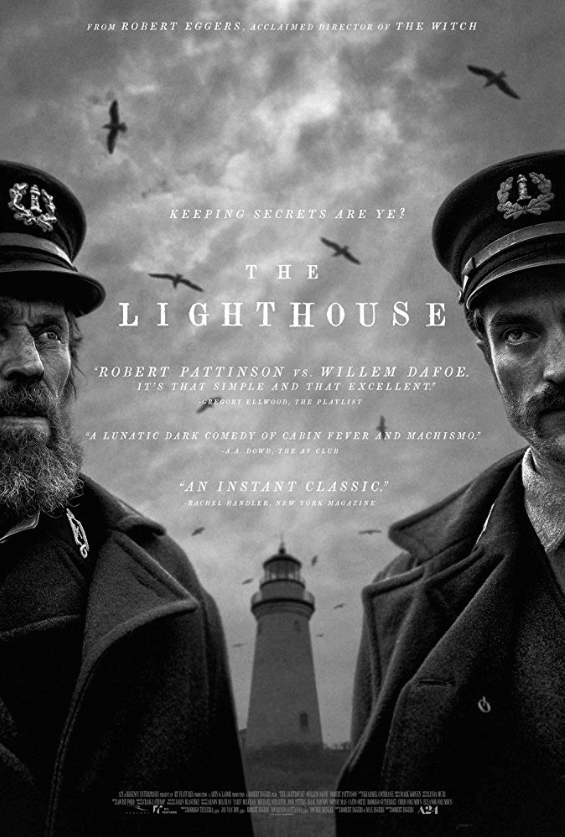 Two lighthouse keepers try to maintain their sanity while living on a remote and mysterious New England island in the 1890s. Starring Willem Dafoe and Robert Pattison. Rated R