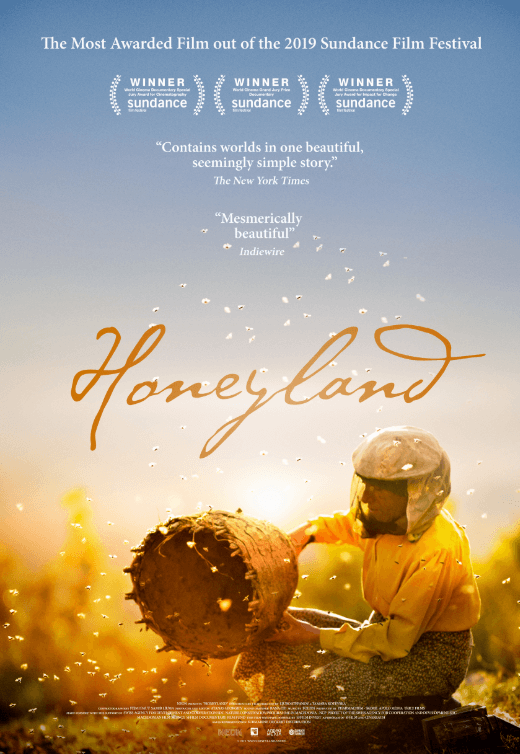 The last female bee-hunter in Europe must save the bees and return the natural balance in Honeyland, when a family of nomadic beekeepers invade her land and threaten her livelihood. Film is shortlisted for Best Documentary Feature Oscar nomination.