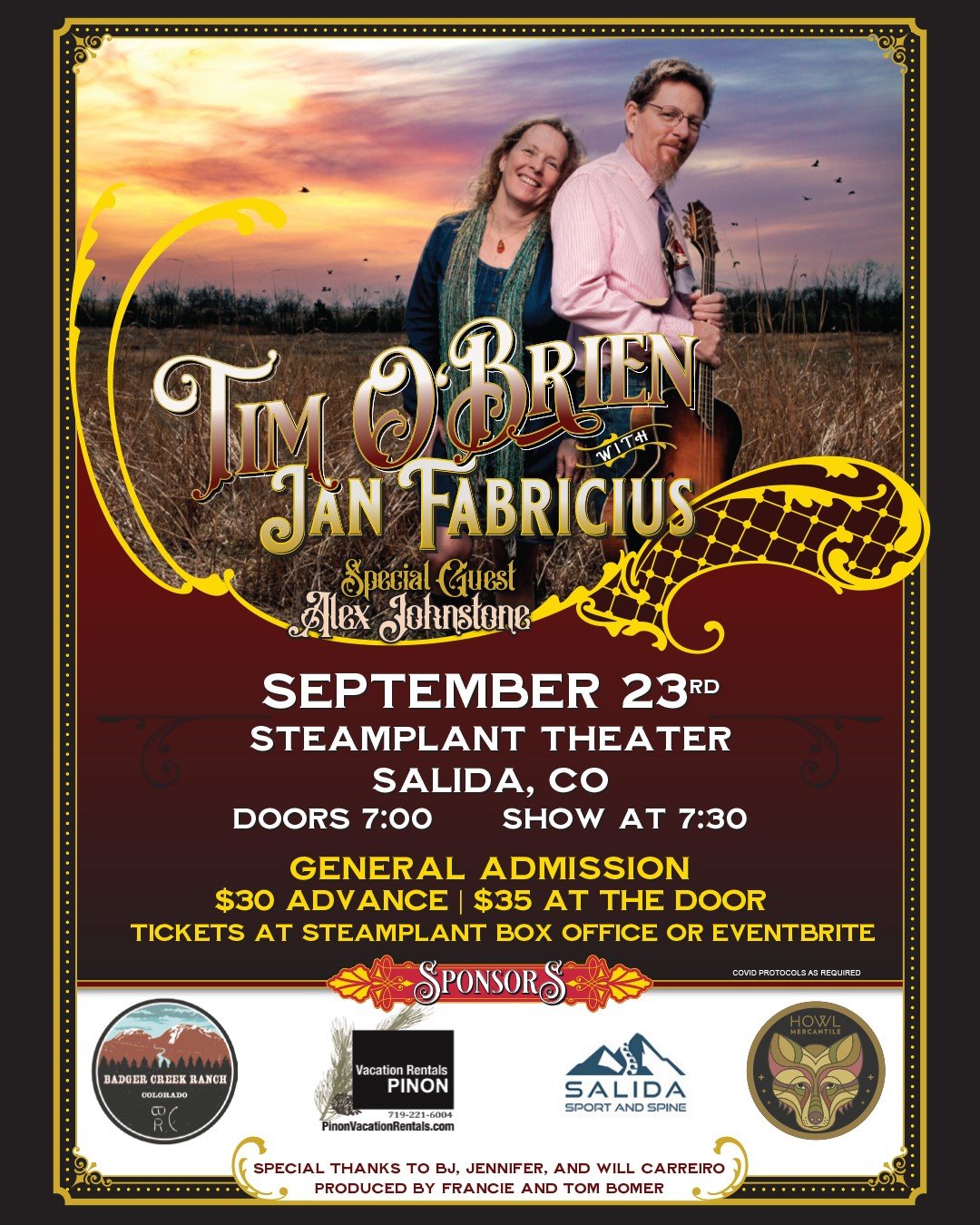 Living in Nashville since 1996, O’Brien’s skills on guitar, mandolin, fiddle, and banjo make him an in demand session player. He tours throughout the US and abroad, most often with his partner Jan Fabricius on mandolin and vocals. His regular band includes Fabricius along with Mike Bub (bass) and Shad Cobb (fiddle). The International Bluegrass Music Association awarded him song of the year in 2006 and named him best male vocalist in 1993 and 2006. He was inducted into the West Virginia Music Hall of Fame in 2013. A voracious reader who loves to cook, has has two sons, Jackson (born 1982) and Joel (born 1990).

Notable O’Brien recordings include the bluegrass Dylan covers of “Red on Blonde”, the Celtic-Appalachian fusion of “The Crossing”, and the Grammy winning folk of “Fiddler’s Green”. His duet recording “Real Time” with Darrell Scott is a cult favorite, and he won a bluegrass Grammy as part of “The Earls of Leicester”. His 2017 release “Where the River Meets the Road” paid tribute to the music of his native West Virginia. O’Brien formed his own record label, Howdy Skies Records, in 1999, and launched the digital download label Short Order Sessions (SOS) with his partner Jan Fabricius in 2015.

Produced by Francie and Tom Bomer with special thanks to BJ, Jennifer, and Will Carreiro. Tickets are $30 in advance; $35 at the door