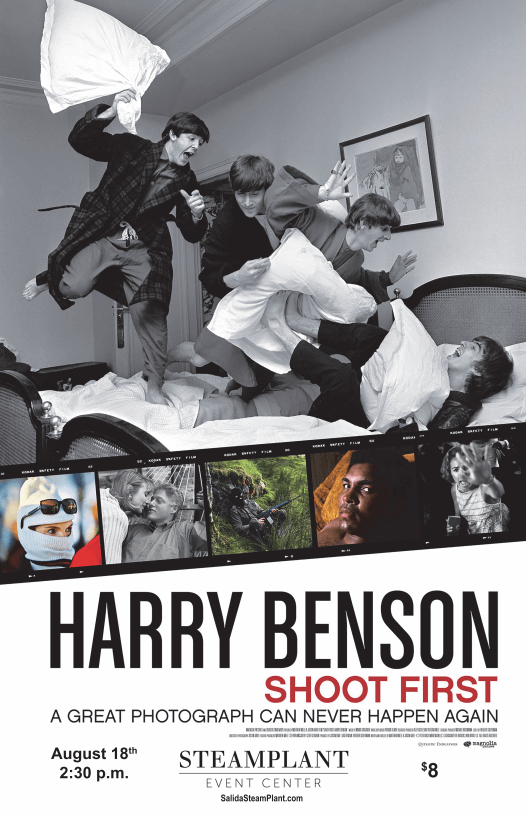 The Salida SteamPlant is proud to continue with the Art on Film series in 2019. Join us each month as we take an artistic “journey” to look at artists from all types of mediums, both the classics and contemporary, as well as their thoughts, philosophies and inspirations among other things.

Harry Benson: Shoot First charts the illustrious career of the renowned photographer who initially rose to fame alongside The Beatles, having been assigned to cover their inaugural trip to the United States in 1964. With unprecedented “behind the scenes” access, Benson captured some of the most vibrant and intimate portraits ever taken of the most popular band in history. His extensive portfolio includes iconic images of Winston Churchill, Bobby Fischer, Muhammad Ali, Greta Garbo, Michael Jackson, Dr. Martin Luther King, Jr., and the Robert F. Kennedy assassination, and his work has appeared in publications including Life, Vanity Fair and The New Yorker. Now 86, workaholic Benson has no intention of stopping.

Tickets are $8 available now at the SteamPlant Box Office or online here.